Gotcha! It turns out that combination is an unmitigated disaster! I was really talking about: 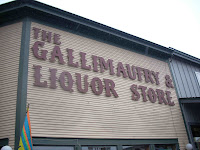 Here's how it works: I supply the Gallimaufry, you get hammered. Shot clock violation!

Let's kick it off with a tip from reader Zach G., who points us in the direction of CBSSports.com's Scott Miller. Scott has made some interesting choices for his Anti-All Star Team:

He's got talent. He's got speed. He's got pizzazz. He's also got an infuriating case of immaturity.

I'd say he's got talent, speed, pizzazz, and an acute case of the 2nd highest OPS among shortstops. This guy is the opposite of an all-star? Jose Reyes?

Sure, his numbers are respectable. But this guy has the tools to be great. And he won't put out to get there.

Put out? I don't know, maybe it's not so crazy. Maybe Reyes should try letting some 16 year-old dudes feel him up at Siobhan's party next Friday night.

Dude. There's going to be so much Zima.

I was there in Anaheim when he threw a colossal fit on the field when interim manager Jerry Manuel removed him from the game as a precautionary measure to protect a mildly strained hamstring. It was the worst thing I've seen on the field since Jose Guillen threw a similar fit years ago while playing for the Angels.

And, sure, why not. I'll throw down the race card again. Why doesn't wanting to play so bad that he's willing to throw a fit about it garner him "gamer" status? Why are guys like Milton Bradley, Carl Everett, and Jose Reyes all considered "hotheads" or whatever while jerks like Paul O'Neill are applauded for their fiery style?

Speak of the devil...

Yes, the comeback of the year! Anybody who has seen O'Neill at The Stadium in his broadcasting capacity this summer will tell you the guy looks like he still can play. Certainly, he has a high enough opinion of himself to give it a whirl.

So, one thing that Scott Miller and I have in common with not only each other but also every single person alive on the planet is that we hate Paul O'Neill.

But this is crazyballs. He doesn't play baseball anymore, so why is he on Scott Miller's Anti All-Star list?

The most asinine occurrence of the year came in April, when Yankees fans were giving it to reliever LaTroy Hawkins because he was wearing O'Neill's old No. 21. Nobody had worn it since Paulie, but because Hawkins' first choice was one of a zillion numbers the Yankees had retired, he had to pick another. So he attempted to honor Roberto Clemente ... and Yankees fans reacted as if he had dumped manure during the Pope's visit.

O'Neill, of course, had the perfect venue to make life easier for a new Yankee: the airwaves. He could have stepped up and urged fans to welcome Hawkins. Instead, O'Neill said he found it sort of surprising that someone was wearing his number. Strange to see his old number warming up in the bullpen, O'Neill said.

I feel sick in a way that I never quite have before. I have a headache that feels like it starts in my ears and then goes all the way down my spine, and my stomach feels like it's going to eat itself. It's not because of Scott Miller's writing, but because of the position he's put me in: I now have to defend Paul O'Neill.

O'Neill said that it seemed strange to him to see his old number warming in the bullpen, and for this act alone, Scott Miller is willing to overlook the fact that he doesn't even play baseball anymore and put him on a list of Anti All-Stars. Truly amazing.

Oh, and of course:

Let's just keep the 'maufry moving, shall we. Hey -- chug that shit! This is G+L time, remember?

Reader Tristan decided to subject to himself to the horror that is "1st and Ten" this morning. And for making such a decision, he got what he deserved. Garbage...and Nelly:

I understand tomorrow Woody Paige will be debating T. Pain on the merits of Schilling's case for the HOF.

People. There are seven members of the ESPN staff currently announcing the Home Run Derby. If that's not reason to drink, I don't know what is. (I guess maybe if your wife just left you or something? Seriously, though -- seven people? And one of them is Rick Reilly?)

Finally tonight -- you guessed it. More Adam Dunn bashing! This time reader Derek wants us to join in on the misery of reading John Fay's reporting on the Reds.

Four of their highest-paid, most experienced players are having bad years. Among Griffey, Adam Dunn, Aaron Harang and Bronson Arroyo, none is having even a mediocre year.

Forget the other guys -- I don't even care. We all love Adam Dunn here at FJM and we're not afraid to admit it. He gives us the kind of Three True Outcomes boner that's getting harder and harder to find in this post-steroids "emphasis on fundamentals" bullshit era that is so much less exciting and awesome than the days when everyone did a ton of drugs and hit the ball 4,000 feet and you didn't even have to worry about explaining to people about why it's stupid to bunt because it was never even an issue because for crissakes even your catcher could hit 30 home runs a year because he was doing things to his body that were making him better at baseball but of course god forbid people who play baseball should be allowed to do things that make them better at baseball --

Sorry. You're the ones who are supposed to getting drunk. I'm the 'mauf man. Apologies.

Adam Dunn is having a better than mediocre year. You all know this. He is doing the two things that are most important for hitters very well: getting on base (380 OBP) and hitting the ball hard (538 SLG). Unfortunately, John Fey has found someone to agree with him in his assessment that Dunn's year is -- again, remember this -- not just not great, but not even mediocre.

"That's a fair assessment," Baker said. "You pay attention to them because they're big guys. They're the highest-salary guys."

Our hearts continue to go out to the fine people of Cincinnati, who will have no choice but to drown their sorrows in Graeter's Ice Cream and Skyline Chili until DB steps down.

If all four were close to their average big-league numbers, the Reds probably would be right in the thick of the National League Central race.

Alright. You're drunk. And I've always been a huge Mike Gallego fan, and he's pitching in tonight's derby. So time for me to tune in.

Thanks to reader Ted for the G+L Store picture.

Comments:
Thanks for David C. for pointing out that Graeters + Skyline + "drowning" = food metaphor.

Sort of embarrassed that I didn't catch that myself.